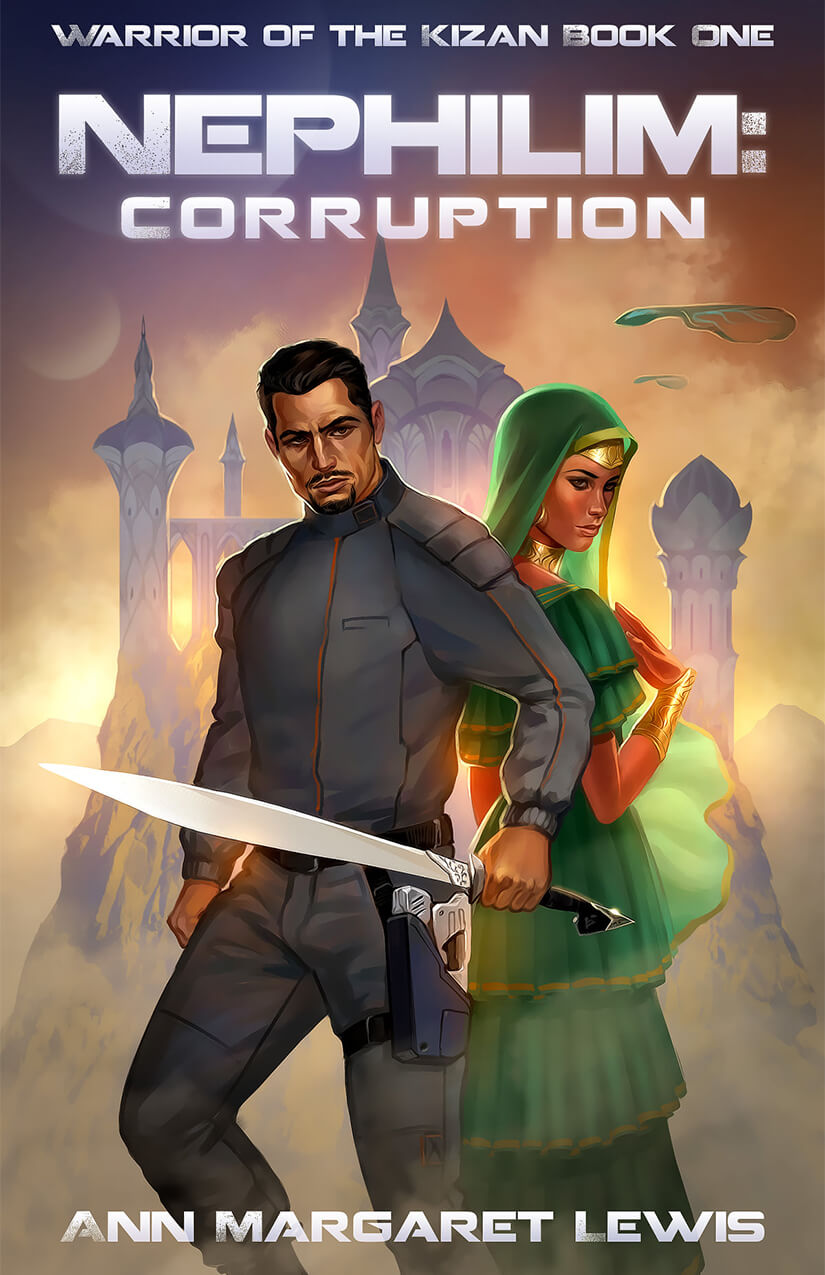 Warrior of the Kizan Book One

Dakhar knows his place in life. But the God of his ancestors has a different plan for him.

For generations his people have fought an endless battle with the cursed Nephilim, and Dahkar followed in his father’s footsteps and went off to war. All he found there was horror and death. He is unclean, and unworthy of the honor his people want to grant him.

But his bravery has won him command of the Royal Guard, and the sacred duty of protecting the King and his family. The King who rules by divine right, and receives council directly from an Angel. Dakhar doesn’t deserve this life, but he will do his duty anyway.

Then Tasia, the lovely young Princess he’s honor-bound to protect is kidnapped and whisked off-world. Dakhar will tear apart the galaxy to find her, no matter the cost.

Can he find Tasia before it is too late? Will he forgive himself and become the man he’s meant to be? And what orders will the Angel of their people have for a sinner like him?